The idea of creating an orphanage came to Barnabé almost 20 years ago. It took few years to become a reality, but since 2001 the association “L’Arbre d’en face” welcomes and takes care of abandoned children. It currently hosts 12 kids, between 5 and 14 years old.

A couple of children has been adopted by European families and a third child should be adopted in the coming months. It was a surprise to discover that all 3 families are Italian. In fact, half of the international adoption organizations that operate in Burkina are Italian!

Barnabé explained us that all kids speaks both Dioula (the local language) and French… but so far the Italian families did not speak French. The language barrier may be a serious obstacle for the kid with his new parents and his new country. That’s when we realized that, being Italian, Francesco could help “teaching” Italian to the kids. Francesco is not a teacher, but we agreed that it may be enough to learn some basic words and some standard sentences to allow the kid to communicate with his new parents. And that’s why he visits the orphanage once per week, speaking and playing in Italian with the kids! 🙂

To make the game more fun, Francesco agreed with the kids that he would teach them Italian if they teach him Dioula! Here they are the kids playing with 3 flags representing the 3 languages we speak together! 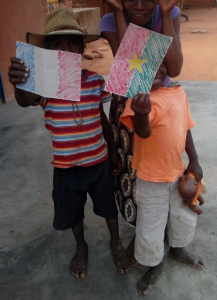 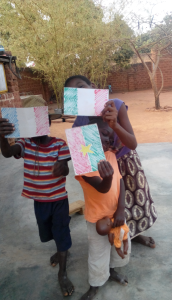 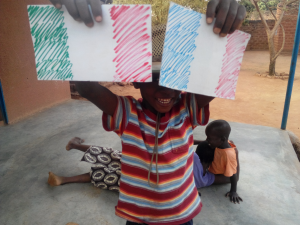