The kids of our district, the same ones that we see everyday playing in the streets, came to visit us this morning.

They wanted to show us their Cup: they just won 2-1 the final of the school tournament (at which took part 12 teams).

All kids were wearing their PSG shirt because our district is called “Petit-Paris”!

We celebrated together catching some mangos, washing them under the shower and taking few pictures.

With the football season approaching the final rush, time has come to win trophies…

… well, we have already won our Champions League! 🙂 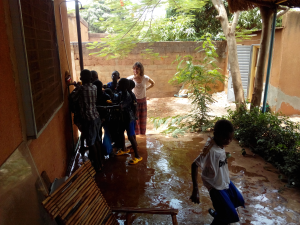 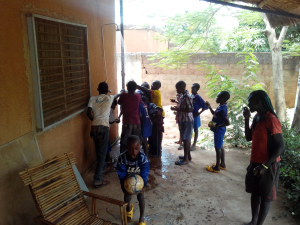